I know my life is one big holiday, but South West Rocks for a whole month was really special. It's such a pretty town that I want to share it with you. 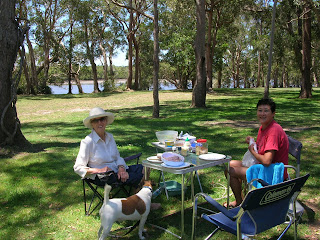 My mum and dad and Barbie and I had lunch on the grass behind our van. 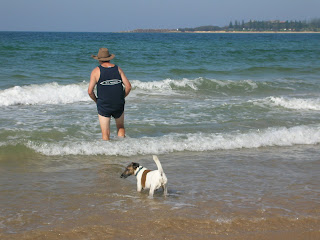 I don't think my dad was really watching out for me in the surf....I stepped in a hole and could have gone under!! 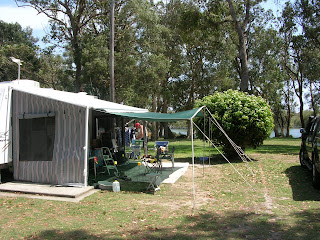 This is our van in the SW Rocks van park. I'm sitting in a chair under the awning watching my dad do the washing. 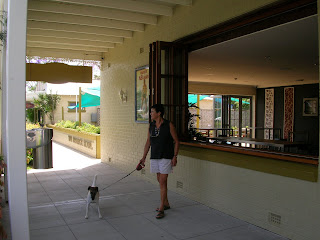 We had lunch in the outside beer garden of this pub in a trendy little town called "Gladstone", about a half-hour drive from SW Rocks. 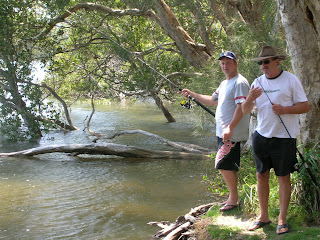 My brother, Matt, came to visit for the weekend and he and my dad tried more of that fishing thing....I say again, fish don't do much, do they? (except maybe get caught and then thrown back). 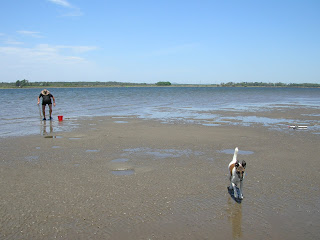 We went hunting for bait on a sandbank - and it was great fun. I could run and run through the mud and not get into trouble. 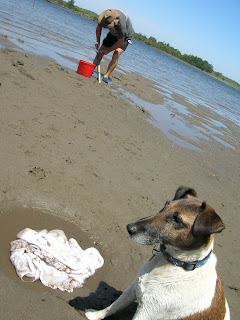 My dad set a fishing rod into the sand while he was hunting for more bait...and guess what?!...he caught a fish that he didn't have to throw back....BUT he wrapped it in a wet towel and then I had to sit still and guard it. 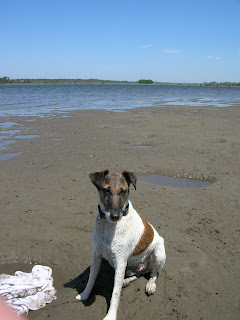 I would definitely much rather be running....I don't think that fish was going anywhere anyway! 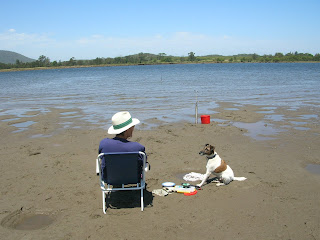 I asked my mum could I go for a run and we ended up having this big discussion about guarding that darned FISH!!
So much responsibility for such a little guy (sigh).
Love from Colin Harries xx

Posted by Colin Harries at 3:50 AM

Colin Harries
I'm a 5 year old Fox Terrier and I live in the Blue Mountains in Australia with my mum & dad. I came from the adoption place in September 2008 and now I'm going to belong to two grey nomads (Aussie description for long-term travellers, generally in caravans) soon because we three are going in the big caravan all around Australia. We'll be gone for a long time and by the time we come home I'll be old. The next few months we'll be doing shakedown trips which I will share with you all. Colin Harries